As much as 90% of child sexual abuse occurs in a situation where the child & their family know the abuser and the perpetrator has often established themselves in a position of trust. Many are patient, choose their victims/families carefully and spend time grooming both the adults and children. Why all this effort? They don’t want to get caught. They want an abusive relationship with a child that they can keep secret and repeat. Some convicted child predators have been open enough to be interviewed by abuse prevention experts and we can learn from their tactics and what situations they avoided to maintain their cover.

While there are no guarantees that we can absolutely deter a potential predator, being aware of the reality, vigilant of the people involved with our children, and maintaining open communication with our children are core components to protection.

1. Show them that you’re a loving, attentive parent

Being interested and invested in your your child’s life – activities, knowing their friends & parents, coaches, teachers, asking questions involving plans, arriving a few minutes early for pickups from practices etc – all this stuff sends a signal that you care about your child – that you’re watching.

Predators generally look for children whose parents are less involved, indicating the child may be looking for attention/love that they aren’t getting at home. Such behavior could also indicate that the parent is busy, distracted and easily trusting of others involved with their children. A parent that doesn’t even think about the threat of abuse is just as much of a target as the child involved.

2. A parent that trusts himself over others and isn’t afraid to say what needs to be said

No one, I mean no one, will care about the well being of our children more than us. Their safety is our responsibility – end of story. Don’t be embarrassed or afraid of offending people in order to do this job well.

That means doing stuff like this:
1. Asking for verification that day care providers are, indeed, licensed.
2. Ask day cares, schools, youth organizations etc about about abuse prevention policies, any training and procedures established if abuse is suspected, or if they suspect a child may be being abused at home.

3. Being the person who calls references for babysitters/nannies/tutors etc and asks questions like – did you ever feel uncomfortable with this person caring for your child? Accepting family/friend references is not good enough. And if you call a reference and they never get back to you – keep calling and if you can never get them – consider that to be not a good sign.

4. If something in your gut tells you no, to not put your child in a situation – whether it’s a sleepover, a retreat, or a babysitter that was recommended by a friend, listen to your gut. Your instinct is based on some truth – even if you can’t put your finger on it, and furthermore- the purpose of your instinct is to avoid danger. When it comes to keeping your child safe – it doesn’t matter what other people think – it matters what you think.

5. If you have a concern about someone’s behavior – express it. Not with malice or accusation, but to seek clarification or, if necessary, to explain to someone that you do not feel comfortable with their behavior around your child – or other children. It may be an adult roughhousing or tickling, talking about stuff that you don’t think is appropriate – whatever it is – if someone you know is sending you a signal that what they’re doing is making you or your child uncomfortable – speak up.

Grooming often starts with such behavior in the presence of other adults in order to normalize the behavior with the child as being acceptable – if mom or dad isn’t objecting, then this must be OK. Furthermore, we enable abuse when we trust that other people have our children’s best interests in mind – especially when we’re paying them.  This is just not the case.

Even worse, is that there are often situations where someone does suspect something is up but is afraid of offending that person or making a mistake. But we need to ask ourselves – what do we care about more: our children’s safety or someone’s feelings when our concern is legitimate? And what is worse – expressing a concern and finding out that there’s no problem or not speaking up only to later discover we were right and could have saved a child a lot of suffering? Our kids are trusting us to make sure they’re safe – in fact, there isn’t much they can really do to keep themselves safe – it’s completely up to us – so we need to make sure that we’re doing our job.

3. Be the parent that respects  & Listens to their child

Just as we have instincts, our children have them too. They also have a right to have their concerns heard and regarded. Parents that listen to their children and respect their opinions & feelings will show potential predators that you don’t see your child as a second-rate citizen. Common lines from parents not exercising awareness for the possibility of abuse and not attuned to possible cues from their children that something may be wrong can go like this:

Child: “I don’t want to go to Uncle Danny’s house – he’s weird.
“Parent: “Don’t say that about your Uncle – he’s your family – you have to be nice to him.”
A better reaction: “What is it about Uncle Danny that you think is weird?”
Maybe Uncle Danny has a twitch, or maybe he’s trying to show your child pornography on his computer… it’s up to us to find the answer, not dismiss our children as being incapable of knowing something we don’t or that their feelings don’t matter.

Child: “I don’t want to go on the team trip with Coach Smith.”
Parent: “I paid good money – you’re going.”
A better reaction: “I want to make sure you’re safe and enjoy this trip – is there something that you’re worried about?”

Who knows – the child could be bullied by other teammates, or they might just not want to miss a birthday party. The important part is that we listen and are open to hearing what our children have to say.

When we take an attitude of “What I say goes” our children can take this to mean – “why should I even bother to tell them, they don’t care about what I feel.” Predators analyze the family dynamic and look for signs that the parent(s) may easily dismiss a child’s feelings or opinions.  Survivors have talked about how they even told their parents that someone abused them and the parent refused to believe them and even made them apologize to their abuser.

4. Be The Person That’s Not Afraid To Say it… “i’m Aware & educated about child sexual abuse.”

Imagine there is a possible predator in your community, you’re in their presence and just happen to mention something you’ve learned about child sexual abuse and how you’ve spent time to educate yourself to protect your family? Do you think this person would want to target you and your family or do you think they’re probably thinking – “Yikes, this person is possibly educating other parents.” It may seem like an unlikely situation, but the more comfortable we feel talking about this issue with friends & family – the less ignorance silences this issue and the harder it is for predators to operate.

5. They look for children they can manipulate & control.

While pedophiles are sexually attracted to pre-pubescent children, for many predators it’s not necessarily about looks, but the ability to manipulate and control a family and child.  While we can never guarantee a child will have the ability to effectively protect themselves from a skilled pedophile, we can do our best to educate them and raise them to have faith in their self worth and right to be respected. And let people know that we have taught our children.

Kids that are properly educated about their bodies & safety rights – the correct name for genitalia, the right to say no, that privates are kept private etc  are harder for predators to trick and keep quiet.  Predators often groom children by trying to make privates “fun” by playing games or using cutesy nicknames – when they know a child has body safety knowledge, it’s not as easy as a child who is completely ignorant about their body & rights.

Many predators talk about how they will target the shy or loner child, who may be easier to control or intimidate. Confident kids are more likely to tell, more likely to say no, and more likely to understand that abuse is wrong and stand up for themselves.

There are no guarantees,   confident, knowledgeable children are still at risk for abuse, but generally speaking, the more shy the child – the more we need to focus on making sure they know their rights, that we will believe & protect them, and the more we need to be vigilant and protective of them.

And even the most loving, attentive parents cannot guarantee their child’s safety – but that shouldn’t stop us from trying our hardest and doing as much as we can to thwart potential predators, be cognizant of warning signs, and keep positive, open communication with our children regarding this issue.

– 1 in 4 girls and 1 in 6 boys to be estimated to suffer from sexual abuse before their 18th birthday is just too great a risk to ignore.

– Again, as much as 90% of abuse is perpetrated by people known to the child & family.
– As many as 30-40% of abusers are immediate or extended family members, and as many as 40% of abusers are other children. Only 10% or less are estimated to be strangers.
– Too often we see these scraggly creepy looking sex offenders on TV being arrested for abusing children. The way we see it – those are the ones blatant and stupid enough to get caught.

– Only 10% of abuse is estimated to ever be reported. The vast majority of abusers are intelligent, “nice”, and often charitable, well-respected citizens. They’re very smart about how they operate – we have to be smarter.

Information provided by The Mamma BeatEffect 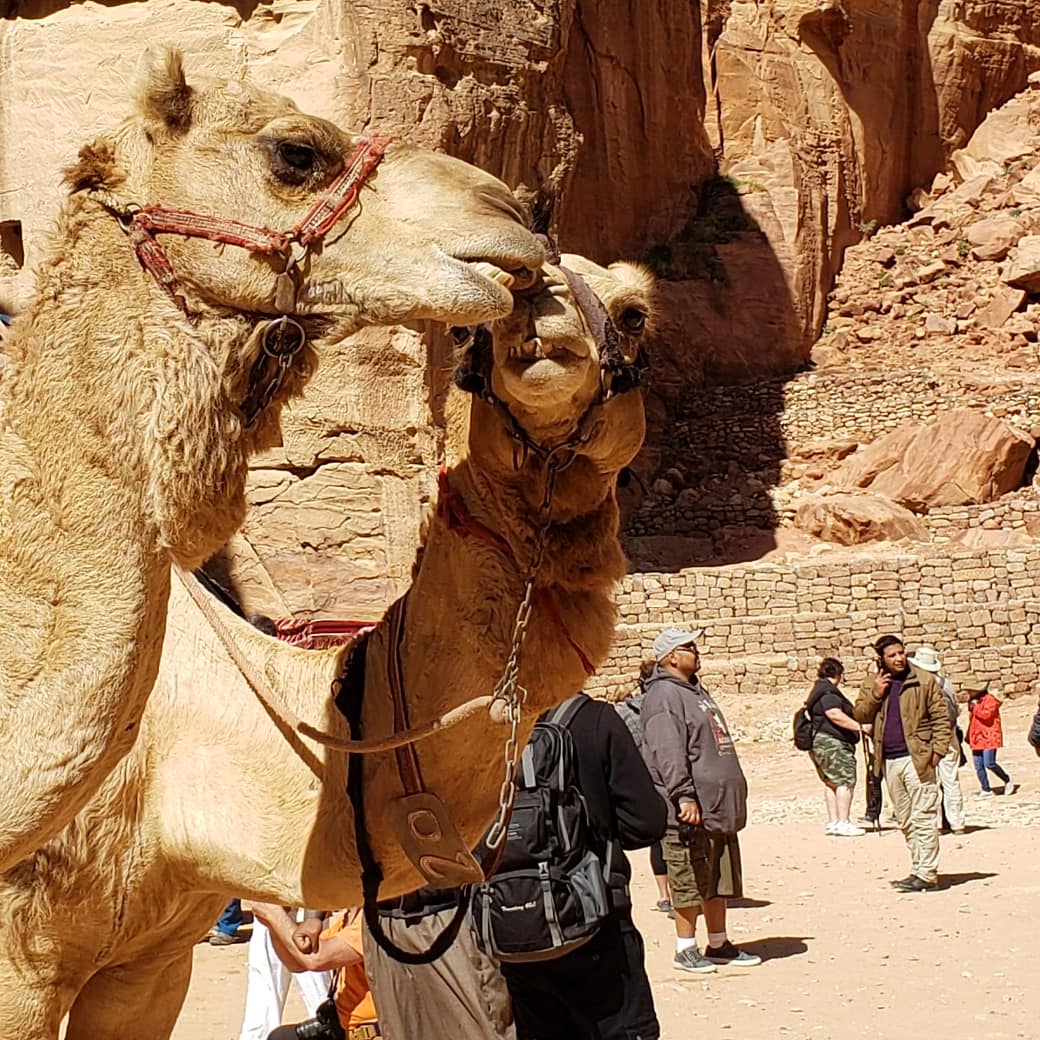 Bev Moore-Davis @miles4smilesNL
3 weeks ago
One child abused is one too many. https://t.co/6ldTFC3dsz
View on Twitter 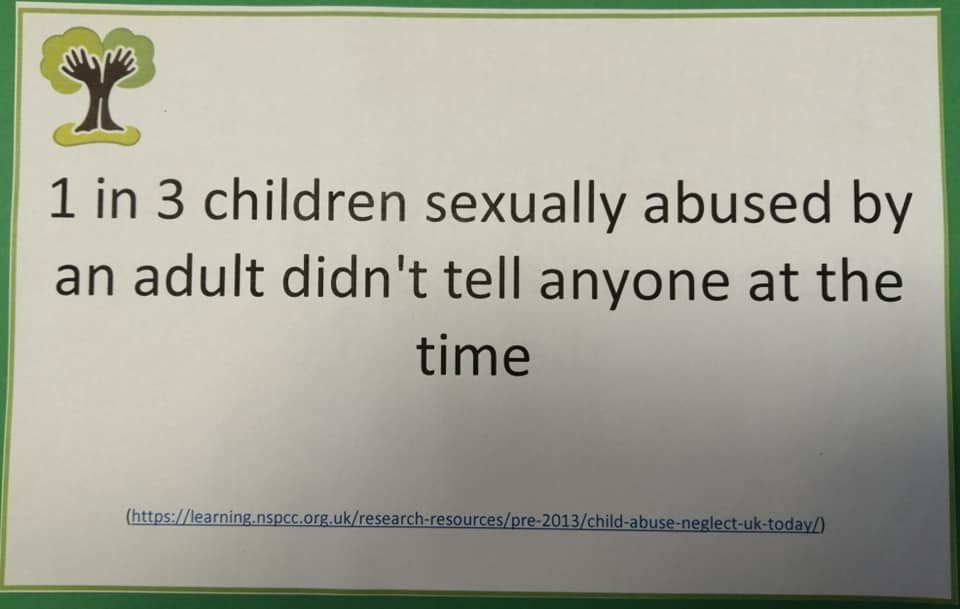 Imara @ImaraNottingham
This week is Sexual Violence and Abuse Awareness Week. We are sharing 10 shocking facts about child sexual abuse this week, here is number 7. RT to help us encourage everyone to talk about and face the realities of #CSA.
#ItsNotOK #itsnotok2020
@NottinghamCSCP https://t.co/AG8cWqMqUK
1
2 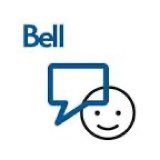 Andrew Furey @FureyAndrew
How do you reduce the stigma around mental health issues? You talk about it. To a friend, a colleague, a doctor, a neighbour… just please reach out. Today is #BellletsTalk Day & they'll donate 5¢ towards mental health initiatives. Send a text & let’s keep the conversation going. https://t.co/Px2hnPzuJe
1